EXPLAINER: Volhynia massacres and its significance in Polish-Ukrainian relations

What’s at the heart of the matter?

The Polish Ukrainian border has moved for centuries, leaving many minorities from both communities to remain on lands which they historically owned. This constant flux resulted in tensions over many generations between people who lived in the same region but felt that one or the other was occupying the land unfairly. Matters came to a fore during the general mayhem of WWII.

Up until 1939, Volhynia had been a part of Poland. On September 17 of that year, the territory was occupied by the Soviet Union as part of a deal between Hitler and Stalin. In 1941, Nazi Germany – which had already occupied much of Poland – invaded the Soviet Union and occupied this particular region. 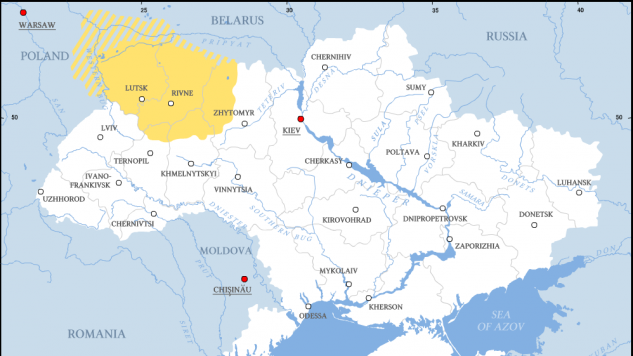 What were the massacres?

The massacres took place within Poland’s borders as of the outbreak of WWII, and not only in Volhynia, but also in other areas with a mixed Polish-Ukrainian population.

The timeframe of these massacres was 1943-1945. The perpetrators were the Organization of Ukrainian Nationalists−Bandera faction (OUN-B) and its military wing, called the Ukrainian Insurgent Army (UPA).

These Ukrainian forces had been hostile to the Soviets and were sympathetic to the Germans, whom they saw as potential allies against the Soviets. From 1942 onwards, they began to attack the Polish population.

Documents from the period show that the planned extermination of the Polish population was called an “anti-Polish operation.”

Why did they take place?

The anti-Polish drive of the pro-Bandera Ukrainian underground during WWII, together with the subsequent Polish retaliation it largely spawned, undoubtedly mark the bloodiest period of the Polish-Ukrainian conflict in the 1940s.

This conflict raged in territories which were within Poland’s interwar borders (basically, the country’s south-east), and which, taken as a whole, had nearly equal Polish and Ukrainian populations.

The perpetrators – Bandera’s Organization of Ukrainian Nationalists (OUN-B) and its military wing, that is, the Ukrainian Insurgent Army (UPA) – used the codename “anti-Polish operation” in their documents in to refer to the planned extermination of the Poles.

Bandera’s followers carried this aim out during 1943−1945 on the disputed territories of Volhynia, Eastern Galicia, and the south-eastern Lublin region (centered on Chełm), which they regarded as “indigenously Ukrainian.”

The “anti-Polish operation” was a direct result of the the larger Organization of Ukrainian Nationalists ideology of integral nationalism (until 1939) and its radical faction’s fascination with fascism (at least until 1942/1943).

The ethnic policies of the Soviets and Germans (1939−1942) on the occupied south-eastern territories of the Second Republic of Poland were surely another factor. The former conducted deportations during 1940−1941, while the latter systematically exterminated the Jewish population, with help from some Ukrainians, beginning with the summer of 1941.

In consequence, the Bandera supporters concluded that they could follow the example of the two totalitarian powers to successfully solve the ethnic problems standing in the way of the establishment of a radically nationalist Ukrainian state.

The Ukrainian point of view

The main difference between the approach of Polish and Ukrainian historians is in the terminology which they use to describe and evaluate the conflict. Some Ukrainian historians tend to treat those events, which the perpetrators themselves called an “anti-Polish operation,” as a stage in the “second Polish-Ukrainian war of 1942−1947.”

The supporters of this argument regard the massacres of 1943-1945 as a continuation of the Polish-Ukrainian War of 1918−1919 for control over Lwów and Eastern Galicia, which ended in Ukrainian defeat. More moderate Ukrainian researchers use the term “Volhynian tragedy.” In contemporary Ukraine, Bandera and his forces are largely considered as freedom fighters attempting to recapture Ukrainian land and create an independent state of the Ukraine.

The meaning of the term ‘genocide’

“Genocide” is a legal category. The Volhynian massacres have all the traits of genocide listed in the 1948 UN Convention on the Prevention and Punishment of the Crime of Genocide, which defines genocide as an act “committed with intent to destroy, in whole or in part, a national, ethnical, racial or religious group, as such.”

The politics of the history

The dispute has affected work such as the search for and exhumation of remains of the victims of the massacre. Ukrainian authorities have stopped such work in retaliation for the fact that an illegal monument to the Bandera forces was removed in eastern Poland.

The historical differences have been used by nationalist ideologists on both sides of the borders as well as the Kremlin. In Poland, some have argued that Poland is getting too close to Ukraine and that it not doing enough to promote its version of history. In the Ukraine some radical nationalists have argued that their state should also cool relations with Poland because of brutal treatment by historic Poles in the territories of Western Ukraine.

The Russian authorities have tried to stir up bad feelings between Poland and the Ukraine. In conversations with Warsaw, they have emphasized the fascist past of the Bandera forces. On the other side of the border the Kremlin has emphasized the oppression of the Ukrainians by the Poles. Some commentators accuse Russia of provoking incidents by sponsoring anti-Polish demonstrations or acts of vandalism in Ukraine.

However, disagreements over history do not imply that the Ukrainians and Poles cannot agree on much else.

The Poles have no territorial claims on Ukraine, and the Ukrainian state does not wish to pursue any territorial claims against territories that have remained in Polish hands such as Chełm or Przemyśl. Both countries share the same interpretation of Soviet and Russian actions. Poland remains Ukraine’s ally in the country’s quest for EU and NATO integration. Last but not least, millions of Ukrainians have in recent years migrated to Poland and found work there. The two nations, like most neighbouring states, my not love each other, but they do have common interests and common enemies. Those hoping for Poland and Ukraine to become enemies are still unlikely to have their wishes realized.