Around 194,000 children were born in Poland this year so far, which is 6,000 fewer that the same time last year, indicating that the initial euphoria regarding the government’s 500+ social-aid program might have been premature, Polish newspaper said quoting academic expert.

According to Piotr Szukalski from the University of Łódź the state-funded child subsidy program granting PLN 500 (EUR 116) to second and each subsequent child (the first child can also benefit from the program if the family’s income is sufficiently low), only accelerated the decision to have a child but nevertheless, fewer children were born.

According to Polish Central Statistical Office in December 2017 the population of Poland was 38.43 mln whereas in June 2018 the number was 38.41 mln.

The cycle of life

Meanwhile, an increase in the number of deaths has also been reported. Between January and June the tally of deaths grew by 4,200 compared to the same period in 2017, which is very alarming, added Mr Szukalski.

He was not able to provide a definite reason for these upsetting numbers. He pointed out to cold weather and poor healthcare system as possible explanations for the increase in deaths.

The government's 500+ program was designed to systematically support Polish families. The program was praised for its contribution in eliminating poverty and improving the standard of living of thousands of Poles.

The opposition has been criticizing the project from the very beginning, saying that only a systematic change and facilitating pro-family infrastructure (kindergartens, nurseries etc.), can result in far-fetched effects. For the time being, only 16.6 percent of children attend a nursery.

Additionally, statistics show that the number of women who make a decision to have a first child has been systematically dropping in Poland.

As early as 2010, first-born babies accounted for half of all live births. In 2017, both the number and percentage of first births dropped in relation to 2016. First-order births accounted for only around 43 percent of live births. It may be linked with a lack of job stability or social security and fear of failing to balance career and parental chores.

The birth rate in Poland in 2017 was 1.45. The minimum number required to ensure stable demographics is 2.1 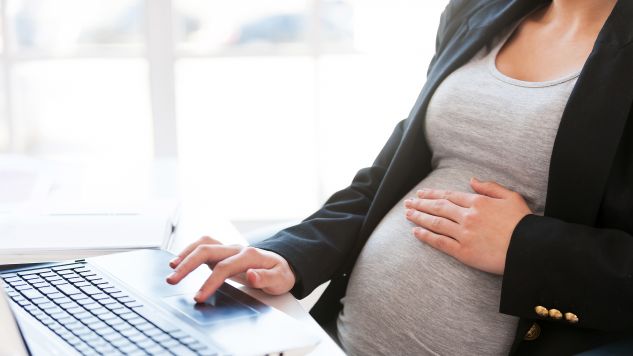 Labor and Family Ministry ministry plans to introduce a pension for mothers who raised at least four children. Photo: Shutterstock

Money is not enough

Even before the program was introduced in 2016, one expert said that 500+ would provide a financial injection but failed to exhaust the remaining aspect which prompt couples to start a family.

Professor Irena Kotowska from the Warsaw School of Economics reiterated this statement this week saying that “Young Poles, in order to decide on a child, must have certainty of employment and the opportunity to combine raising a child with work.”

“What we need are nurseries, kindergartens, care for older children at school, but also good healthcare services.”

Labor and Family Minister, Elżbieta Rafalska, who introduced the 500+ program said that the government is working on solutions for such problems. She recently said that the number of empty slots at daycare centers around the country had risen by 59,000. The ministry has prepared an interactive map of nurseries hoping to help parents find a place a short distance away from their home.

In addition to that the latest initiative, the ministry plans to introduce a pension for mothers who raised at least four children .