Friday marks the 38th anniversary of the signing of the “Gdańsk agreements” in Gdańsk Shipyard between Poland’s communist government and the striking workers in 1980. It started the process of dismantling the Communist empire created under the Soviet Union regime after WWII.

The first strikes in the summer of 1980 were the reactions to the rise in the price of food introduced in July. Workers went on strikes in several factories in different parts of Poland, leading government media and propaganda to label them “unjustified breaks at work”.

On July 8 the strike in Lublin, eastern Poland, began with economic demands as well as the demands of curbing privileges for the communist elites. All the strikes ended with the promise of increased salaries. In total, around 80,000 people went on strike in July 1980.

In the middle of August 1980, strikes began along the Polish coast, where people still remembered the brutal reaction to the strikes in 1970. The strike in Gdańsk Shipyard was organized by activists of the Free Trade Unions (WZZ), an illegal organization established in 1978 by Andrzej Gwiazda and Krzysztof Wyszkowski.

Among other members of the WZZ were Lech Wałęsa, Anna Walentynowicz and Bogdan Borusewicz, a member of the Committee of Social Self-Defense at the Workers Defense Committee (KSS KOR).

Strikes began on August 14 in several parts of the Gdańsk Shipyard following the dismissal of Ms Walentynowicz, who was removed from her position for being an opposition activist. The strike was started by Bohdan Borusewicz. Lech Wałęsa, who had also been fired from the shipyard in 1976, then joined the strike and became its leader.

On August 16 the strike was nearly brought to an end when the director of shipyard, Klemens Gniech, agreed for the workers’ primary demands: the re-hiring Ms Walentynowicz and Mr Wałęsa, higher salaries, the construction of a monument commemorating the massacre of December 1970 and the guarantee of immunity for the striking workers.

Mr Wałęsa announced the end of the strike, but some members of the strike committee disagreed and called for solidarity with other factories that remained on strike. 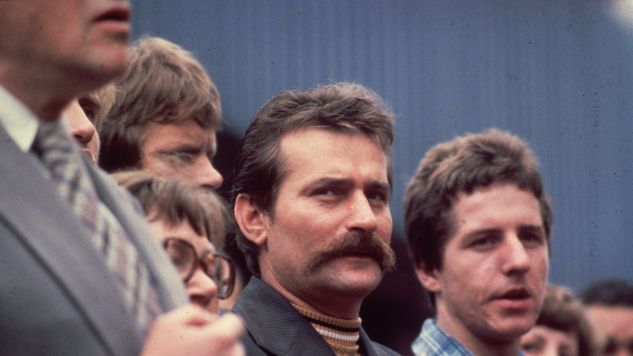 The Inter-Enterprise Strike Committee (MKS) was established, which included delegates from other facilities that were on strike. Its chairman was Lech Wałęsa and the management included leaders of the WZZ. Similar committees were established in Elbląg and Szczecin in northern and northwestern Poland. On August 29 another MKS was founded in Jastrzębie-Zdrój in Upper Silesia, southern Poland.

The committee announced its famous 21 postulates. The first and the most important was the creation of independent trade unions and protesters referred to the convention of International Labor Organization, ratified by Polish communist regime.

MKS also demanded the right to strike, freedom of speech, the rehiring of workers dismissed due to political reasons, releasing political prisoners, rationing of meat and processed food, a decrease of the pension age, paid three-year maternity leave and the introduction of all Saturdays as days off work.

The entrance gate to the Gdańsk Shipyard was nearly flooded with flowers, Polish flags, and portraits of Pope John Paul II.

Government representatives returned to Warsaw several times to receive instructions from the communist party. The authorities excluded the use of force against the strikers, however, the Soviet Union demanded that Edward Gierek, the current First Secretary of Communist Party, “clamp down”. The leaders of the Polish communist party were able to convince the Soviets that situation was not so severe and the protests were not taken to the streets. 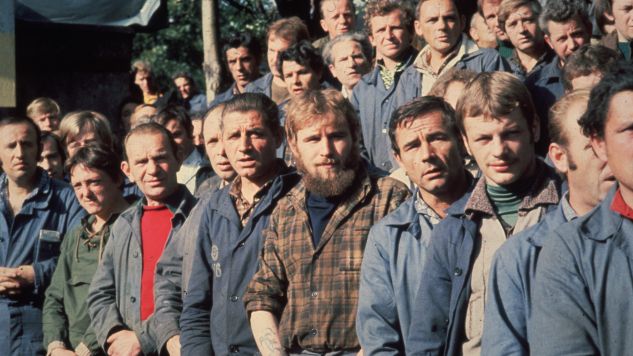 The first agreement was signed in Szczecin on August 30. The Communist authorities agreed to the strikers’ demands, including the creation of trade unions. On the same day, the Central Committee of the Communist party approved the signing of agreements with protesters in both Szczecin and Gdańsk. The last demand that was stalling the agreement regarded the release of political prisoners, a point which the communist party agreed upon at the last moment.

The most recognized agreement was signed in Gdańsk on August 31 by Lech Wałęsa and deputy PM Mieczysław Jagielski. The Communist regime allowed the creation of new and independent trade unions, introduced the right to strike, agreed to the construction of the monument of the December 1970 victims, the transmission of Sunday holy masses by Polish Radio and the limiting of censorship. The unionists acknowledged the leading role of the Communist party in the state.

The Supreme Court registered the Independent Self-governing Labour Union "Solidarity" on November 10, 1980. Soon after, nearly 10 million people joined the union. The organization was established in all companies and workplaces, with the exception of the Polish Army and the Citizens’ Militia.

“Solidarity” was the first legal independent organization ever allowed to act behind the Iron Curtain after WWII. It survived 16 months until the introduction of martial law in December 1981, when it was suspended and finally made illegal in 1982. The period when it was a legal union is often referred to as the “carnival of freedom” or “carnival of Solidarity”, and it paved the way to the Round Table agreements and the first partially free elections in 1989 and – consequently – to the collapse of the Soviet Union in 1991. 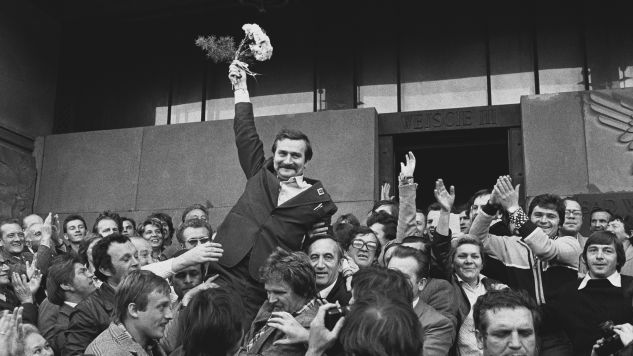 Lech Wałęsa carried by workers after filing an application for registration of the Union in the Provincial Court in Warsaw. Photo: PAP/PAI/Jan Morek
source: PAP, Polandinenglish.info