Wisła Kraków, a 13-time football champion of Poland, is in severe financial trouble and faces bankruptcy.

‘Football is coming home’ as matches return to national broadcaster

The short-term debts of the club are around PLN 40 mln (EUR 9.3 mln) and a half of this is to be paid by the end of the year.

Moreover, Wisła owes PLN 47 mln (EUR 10.9 mln) to its former owner, the cable company Tele-Fonika, but this is regarded as a long-term debt and does not have to be paid immediately.

For a long time, the club from Kraków, southern Poland, has been looking for an investor. On Thursday, three businessmen announced their resignation from taking over the club. “After conducting an audit, they said that this challenge exceeds their possibilities,” Wisła tweeted.

Because of the bad financial conditions and lack of funds to pay salaries, it is possible that players may submit a motion to terminate their contracts and are likely to leave the club. It is possible that Wisła will play in Ekstraklasa, the top football tier in Poland, to the end of the season with only junior players.

If the club from Kraków plays the forthcoming match against Wisła Płock, scheduled for Friday evening, it will mean that the club will not be withdrawn from Ekstraklasa as it will have played in more than half of the season’s matches. Even if the club does not play any more matches games, they will all be counted as walkovers rather than removing the team from the table. 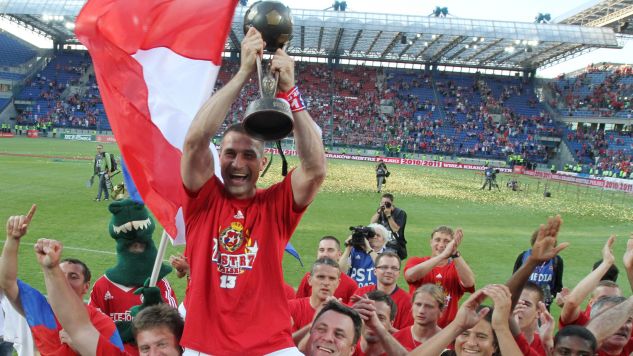 For the last time, Wisła Kraków was the football champion of Poland in 2011. Photo: PAP arch./Jacek Bednarczyk

Krzysztof Piątek scored his 11th goal of the Italian Serie A season in the Sunday game of his team, Genoa CFC, against SPAL.

However, it is very likely that Wisła would not receive a license for playing in Ekstraklasa next season, even in a situation when the club manages to achieve such results as to remain in the league. Currently, the club from Kraków is in the eighth position with 26 points in 18 matches.

To receive a license, a club cannot have debts to players, coaches and other employees, as well as the Tax Office and the Social Security Office. In the case of Wisła, such debts currently exceed PLN 20 mln (EUR 4.6 mln).

If the club does not pay them, it is likely that it will not receive not only a license for Ekstraklasa but also for the 1st and 2nd leagues. In such case, the most probable scenario is bankruptcy, in which case the bankruptcy administrator will be in charge of the club’s history, trophies, as well as the players.

A new organisation will have to be created. It would have to start from the 4th league, the fifth tier of the championship. However, it is not as simple as it sounds, and the bankruptcy does not mean that Wisła would automatically be restored. 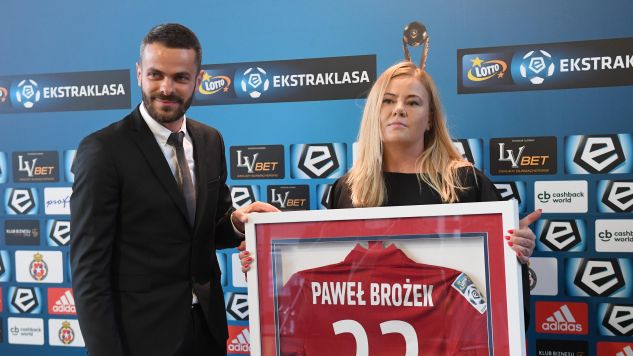 Marzena Sarapata (R) and Paweł Brożek (L), one of the most notable players of Wisła Kraków. Photo: PAP/Jacek Bednarczyk

History lovers from military re-enactment groups decided to put away their guns and focus on bringing back the old ways of putting the ball in the...

The trouble with Wisła started in the summer of 2016, when its former owner, Bogusław Cupiał, decided to leave the club. Cupiał was in charge of the club in the period of its greatest successes in the late 1990s and 2000s, when Wisła was the eight-time champion of Poland and competed in the European cups with renowned clubs from the stronger leagues.

Experts claim that her reign was a very costly one and this is one of the reasons why the club is in such trouble. “The spendings have been inflated, both those on the team and external services, such as the managers’ fees, plus the long-term debts. If someone adds it up, the budget cannot cover it,” Jacek Masiota, the lawyer who analysed Wisła’s documentation told the interia.pl news website.

Wisła were in damning headlines again in September, when private news station TVN24 reported that the former deputy chairman of the club was associated with a hooligan group and Ms Sarapata was the lawyer of Paweł M “Misiek”, a man accused of drug crimes and who wounded Italian player Dino Baggio with a knife in 1998. Mr M Was arrested in Italy in September.