According to the Polish “Fakt” daily, Andrzej Duda is doing all that is possible to convince his American counterpart, Donald Trump, to come to Poland to the celebrations of the 80th anniversary of WWII beginning, which will take place on September 1 on Westerplatte peninsula in Gdańsk, northern Poland.

PM Morawiecki and President Trump politicians of the year: poll

The Polish Prime Minister Mateusz Morawiecki and the President of the US Donald Trump are the politicians of 2018, according to a recent survey...

“We still do not have a confirmation from the other side. President Trump would be one of around 50 VIPs from all over the world,” the source of the daily was quoted.

Krzysztof Szczerski, the Presidential Chief of Staff, said on Tuesday that the scenario of the celebrations is being created, but no invitations have been sent. He emphasises that they will have been issued by the end of the month.

“Fakt” writes that both the Polish president and government count on the possibility that Donald Trump could speak about the Polish heroism, just like during his visit to Poland in July 2017.

According to the newspaper, the other reason why the highest authorities want to invite the President of the US are the general elections, which will take place in Autumn, as well as ‘a duel’ for anniversaries in the city of Gdańsk.

The local authorities and opposition groupings are preparing the celebrations of the 30th anniversary of the partially free elections, which took place on June 4, 1989. The head of the European Council, Donald Tusk, announced that he offers his help in inviting important guests for this event.

In 2009, many global leaders attended the 70th anniversary of WWII beginning. Among them were the then Prime Minister of Russia Vladimir Putin, German Chancellor Angela Merkel, the then Italian Prime Minister Silvio Berlusconi, the PM of Ukraine Yulia Tymoshenko and many others. 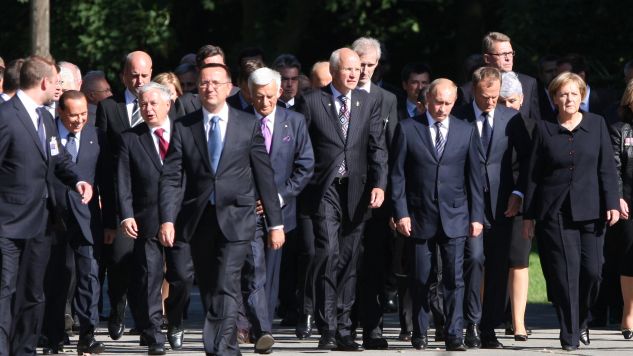