Since no idea can do without form, six architectonic concepts of the possible design of the Central Communication Port (CPK), which is to be constructed by 2027 between Warsaw and Łódź, have entered the international competition over what the future communication hub could look like.

Poland’s deputy Infrastructure and Governmental Plenipotentiary on CPK-related matters Mikołaj Wild told Business Insider Poland that the appearance of the CPK will be decided through an international architectonic competition. The CPK will be inspired by some leading global airports such as Singapur Changi.

“We have invited prominent, deeply experienced and creative architects. It was a great idea,” said CPK board member Dariusz Sawicki, adding that “collating bold concepts with the investor’s expectations turned out deeply inspiring and at times opened our eyes on unique solutions, which we had not taken into consideration.”


A grand translucent dome symbolising “infinite unity” is the distinctive mark of Chapman Taylor’s design. The dome, being a three-level terminal, is to be located between two runways. On the bottom, train platforms would be located, above them arrivals and departures, business lounges, the commercial sector and restaurants with each of the levels referring to different elements of the Polish natural environment – the coastline, the lake district, etc. 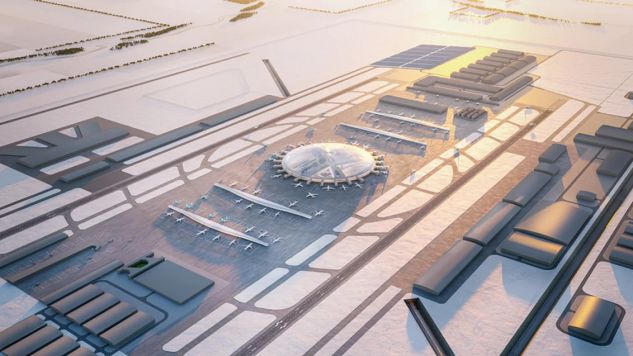 The UK’s Foster+Partners imagines two terminals constituting the CPK, one in the form of a “key”, the other in an x-shape, both connected with a shuttle. The terminal would boast a semi-translucent structure enabling sunlight to pass into its interior finished off with woodwork and living trees. 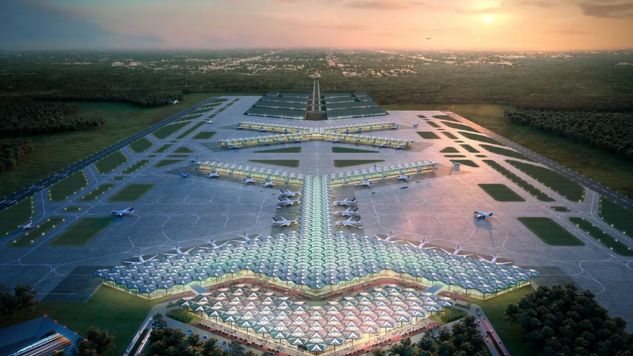 Grimshaw’s design boils down to a concept of a “democratic hub” pertinent to the history of Poland and the airport’s name “Solidarity Port”. According to Grimshaw, the terminal should not be oversized and avoid the pretentious and superfluous design characteristic of transfer ports. The idea is to shorten the time of transfer. The terminal structure is to allude to a town market and minimise passengers’ stress. 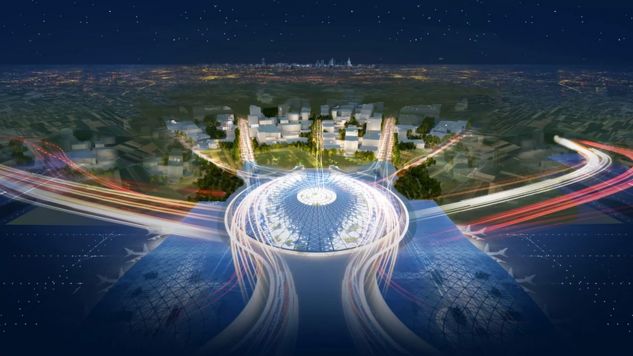 As many as three concepts were provided by Zaha Hadid Architects, all of which involve bright interiors and lush verdure. According to the first concept, the train station would be located beneath the airport to allow passengers on upper levels to admire arriving and departing trains.

The second concept envisages the train station located above the platforms. The third envisions trains arriving directly at specific parts of the terminals. 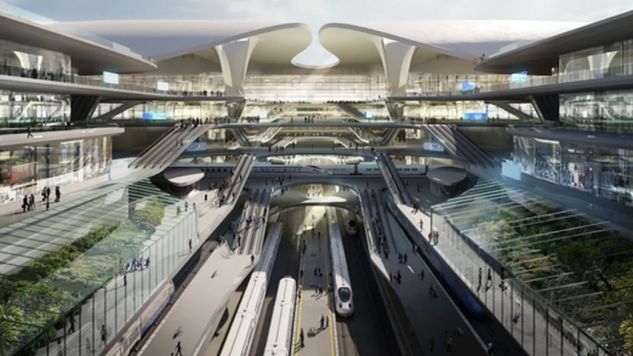 Benoy’s architects took notice of the fact that the CPK will be constructed on a surface larger than NYC Manhattan and proposed to focus not only on the airport but also on its surroundings. The airport’s premises will be dubbed Airport City and will consist of hotels, conference centres, logistic infrastructure and offices. The architects propose that the terminal sections pass into one another as smoothly as possible so that they can hardly be told apart. According to Business Insider Poland, only Benoy has proposed that the runways be built on the north-south axis and not east-west. 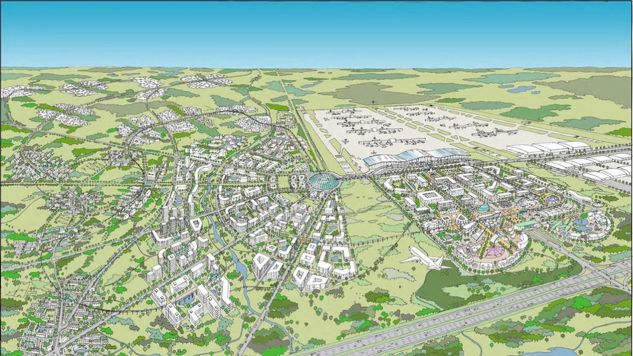 The concept of Pascall+Watson is, as the CPK company stressed itself, the most generic, focusing well-known solutions applied at European and Asian airports. According to Pascall+Watson, the gist of the matter is to render passengers’ travels stress-free and provide them with convenient transfers.

The general airport plan, which is to specify its development for the first 25 years, needs to be submitted by 2020.