Consisting of Poland, Hungary, the Czech Republic and Slovakia, the Visegrad Group (V4) met at 9:30am ahead of the Brussels EU summit to discuss their stance with regard to the selection of the European Commission head.

Monday’s EU summit turned out to be a fiasco as the V4 and Italy blocked Frans Timmermans’ candidacy for head of EC.

Each of the V4 states has its own reason to dislike the idea of Mr Timmermans as the “President of the European Commission”. For the Polish government, it is mainly Mr Timmermans’ dogged criticism of the judiciary reforms introduced by the ruling Law and Justice party.


Timmermans – the harbinger of the great replacement?

For Hungary’s PM Viktor Orbán, having Frans Timmermans as the EC head is tantamount to having a man of George Soros occupying the seat of power. PM Orbán told the V4NA news website that it would in itself be sufficient reason to reject Frans Timmermans. In addition to that, he said, the members of the V4 do not support Timmermans’ nomination because they think that “he is an ideological warrior and fights against anyone whose view of the world is different from his way of thinking”.

According to V4N4, Mr Orbán said that some European leaders would like the EC to be led by an unwavering representative of the network of Soros-style NGOs and liberal democracy, and “for this they’ve found a real warrior. Timmermans is a good warrior and no mean opponent, for which he has my respect. He is an ideological warrior who tolerates no views which diverge from his own and from liberal democracy, and who wants to force his own conception on all EU Member States.”

The Hungarian PM said that if this group plants their man, then for many years it will be financing Soros-style NGOs, and thus trying to transform Central European societies – especially with regard to immigration.

Mr Orbán also said that “the key issue here is that of large-scale financial support for Soros-style NGOs over the course of many years. This is the background process with the potential to determine everything. Several of us are seeking to stop this process.” The Hungarian PM also said he believes that blocking this is the goal of the European People’s Party, Hungary and the V4.

“And so we must choose the Commission”, the Hungarian PM said, noting that two party leaders voted against these decisions: German Chancellor Angela Merkel and Frank Engel of Luxembourg. The PM also stressed that the international media either refused to acknowledge or were not informed of the decisions made by the V4. 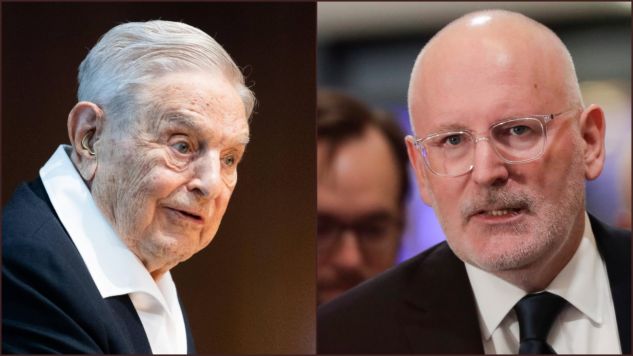