Every year Poland’s capital stops in a moment of silence on August 1. As air-ride sirens will go off at 5 pm, Warsaw will commemorate the 75th anniversary of the beginning of the Warsaw Rising – a feat of courage of thousands of the city’s citizens who took up arms to fight against the German occupiers.

On the day of the 75th anniversary of the Warsaw Rising, various ceremonies will be held in Warsaw. The first large event is a commemoration of insurgents fighting at the Mokotów district of Warsaw at 10 am. The commemorations will proceed from the Orlicz-Dreszer park via Puławska Street to Dworkowa Street where an obelisk dedicated to the 119 members of the “Baszta” regiment murdered by German forces is located.

President Andrzej Duda will lay a wreath at the foot of a plaque commemorating 2,500 Poles murdered in the Wola district of Warsaw.

Throughout the day, delegations of officials and civil societies will be laying wreaths at Warsaw Rising memorials such as General Stefan “Grot” Rowecki’s statue and the Polish Underground State and Home Army monument on Wiejska Street.

Major commemoration of the insurgent struggle will take place at the Powązki Military Cemetery at 4 pm where a number of officials will lay their wreaths at the grave of Antoni “Monter” Chruściel – second-in-command of the Warsaw Rising. The presidential wreath will be laid down by President Andrzej Duda at 4:45 pm.

The peak moment of the day of commemoration will take place at 5 pm – the “W hour” – when the whole of Warsaw will resound with air-ride sirens. People will stop with their activities and stand straight up, and drivers, as in previous years, may honk to commemorate the heroic insurgents of Warsaw Rising.

“Volunteers and scouts will be distributing commemorative pins and anchors – the symbol of Warsaw Rising,” said Jan Ołdakowski, head of the Warsaw Rising Museum.

The tradition of “Warsaw Citizens Singing the (Un)forbidden Songs” continues this year and anyone who would like to sing out all the Warsaw Rising songs will have the chance to do so at 8:30 pm at Marshal Józef Piłsudski’s Square. An orchestra and a choir under conductor Jan Stokłosa will be there to enrich the musical experience.

The commemoration will be concluded with the lighting of the Fire of Memory at the Warsaw Rising Mound at 9 pm on Bartycka Street. The fire will die out on October 2, the day when the Warsaw Rising fell in 1944. 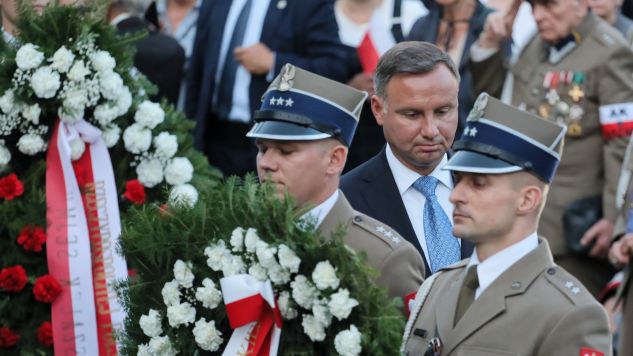 Initially intended to last only a few days, but resulting in more than two months of fierce fighting, the Warsaw Rising was the biggest armed offensive of any underground resistance in Nazi-occupied Europe. It was led by the Polish Underground State’s resistance movement, the Home Army.

The uprising began at 5 PM on August 1, 1944, in an attempt to liberate the city from German hands as the Soviet Army began their offensive in the German-occupied territory which is now central-eastern Poland.

The goal of the underground resistance organizations was to liberate Warsaw before the Soviet Union entered the capital.

Initially, the Polish fighters established control over much of central Warsaw, but the Soviets ignored Polish attempts to maintain radio contact with them and did not advance into the city limits. By September 15, 1944, the eastern bank of the Vistula River opposite the Polish resistance positions was taken by Polish troops fighting under Soviet command. Around 1,200 Polish soldiers managed to reach western Warsaw, but they were not followed by the Red Army. The lack of land and air support from the nearby Soviet airfields led to allegations that Joseph Stalin had tactically halted his forces to let the operation fail, and to allow the Polish resistance to be crushed. What is more, Stalin did not allow the Western allies to use his airfields in their airdrop operations, which markedly limited the scope of outside support.

Despite initially comparable forces (around 50,000 people on each side), the fate of the insurgents, poorly equipped and left alone, was sealed. After 63 days of fighting, running low on ammunition and food supplies, the uprising ended in the insurgents’ surrender on October 3.

Adolf Hitler, infuriated by the outbreak of the uprising, gave the order to raze Warsaw to the ground building by building. In the end, around 200,000 insurgents and civilians lost their lives, and by the time the German forces withdrew from Warsaw in January 1945, around 85 percent of the city’s infrastructure had been completely levelled and barely 6 percent of Warsaw’s pre-war population still remained in the city. 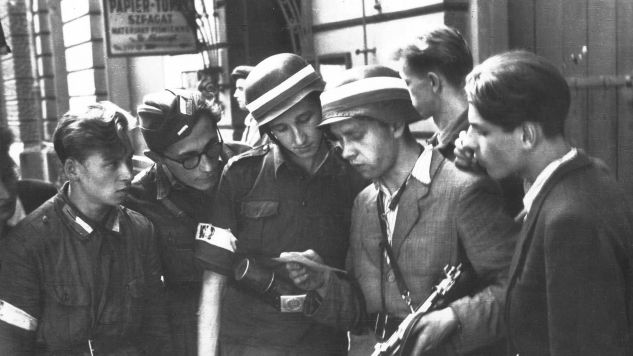