Poland produced 63.4 million tonnes of hard coal in 2018, 86 percent of the EU’s total production, a report by Eurostat said, adding that Germany is the bloc's largest lignite user.

Poland is by far the largest producer of hard coal in the EU, with 63.4 million tonnes produced last year. It was followed by the Czech Republic (4.5 mln tonnes) and Germany (2.8 mln tonnes). 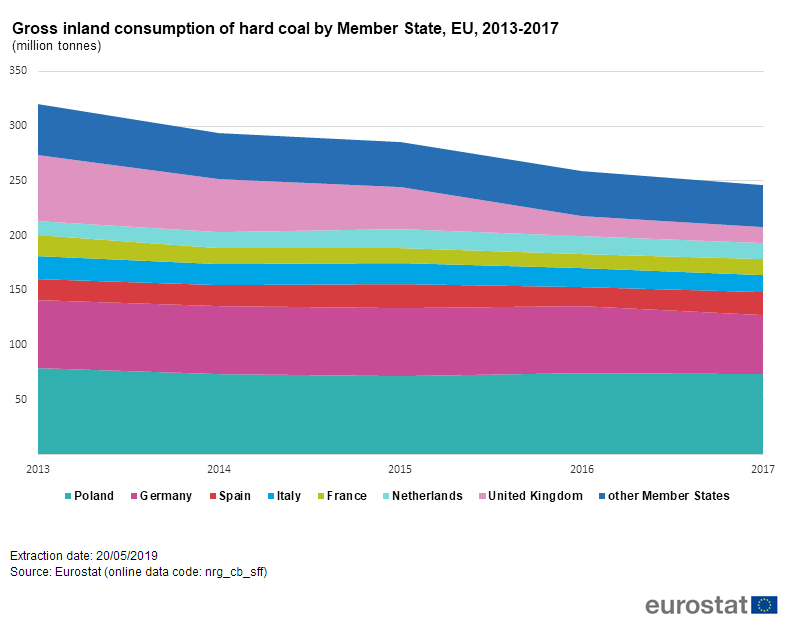 However, Germany leads the EU in brown coal (lignite) consumption. It represents 44 percent of the total consumption, followed by Poland (16 percent) and Greece and the Czech Republic (both 10 percent each). 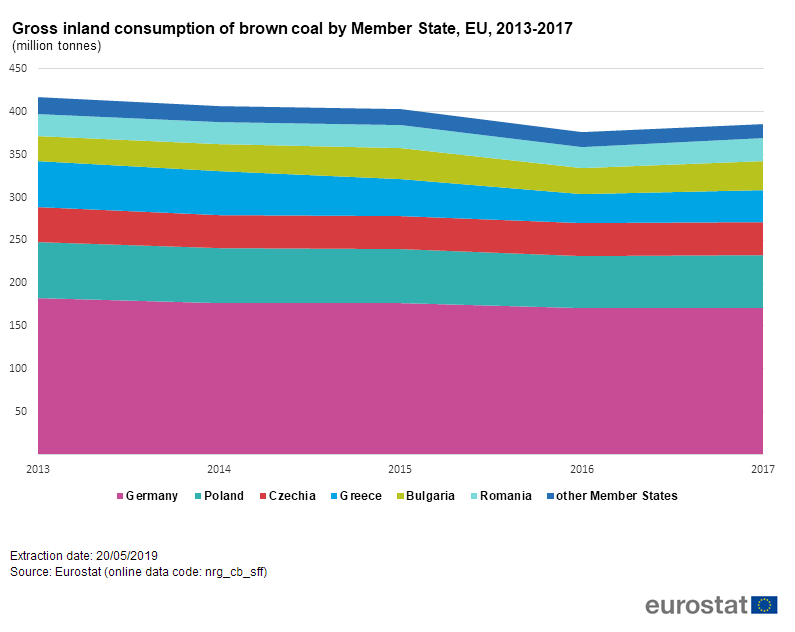 The vast majority of coal in the EU is used for power production – 60 percent of hard coal and 90 percent of brown coal was delivered to power plants.

Eurostat notes that member states increasingly abandoning coal mining. “In 1990, 14 Member States of the current EU were producing hard coal, in 2018 there were only five: Poland, [the Czech Republic], Germany, United Kingdom and Spain,” the report says.

The overall production has also been falling, as the 73.7 million tonnes produced last year constituted 20 percent of the coal produced in 1990. 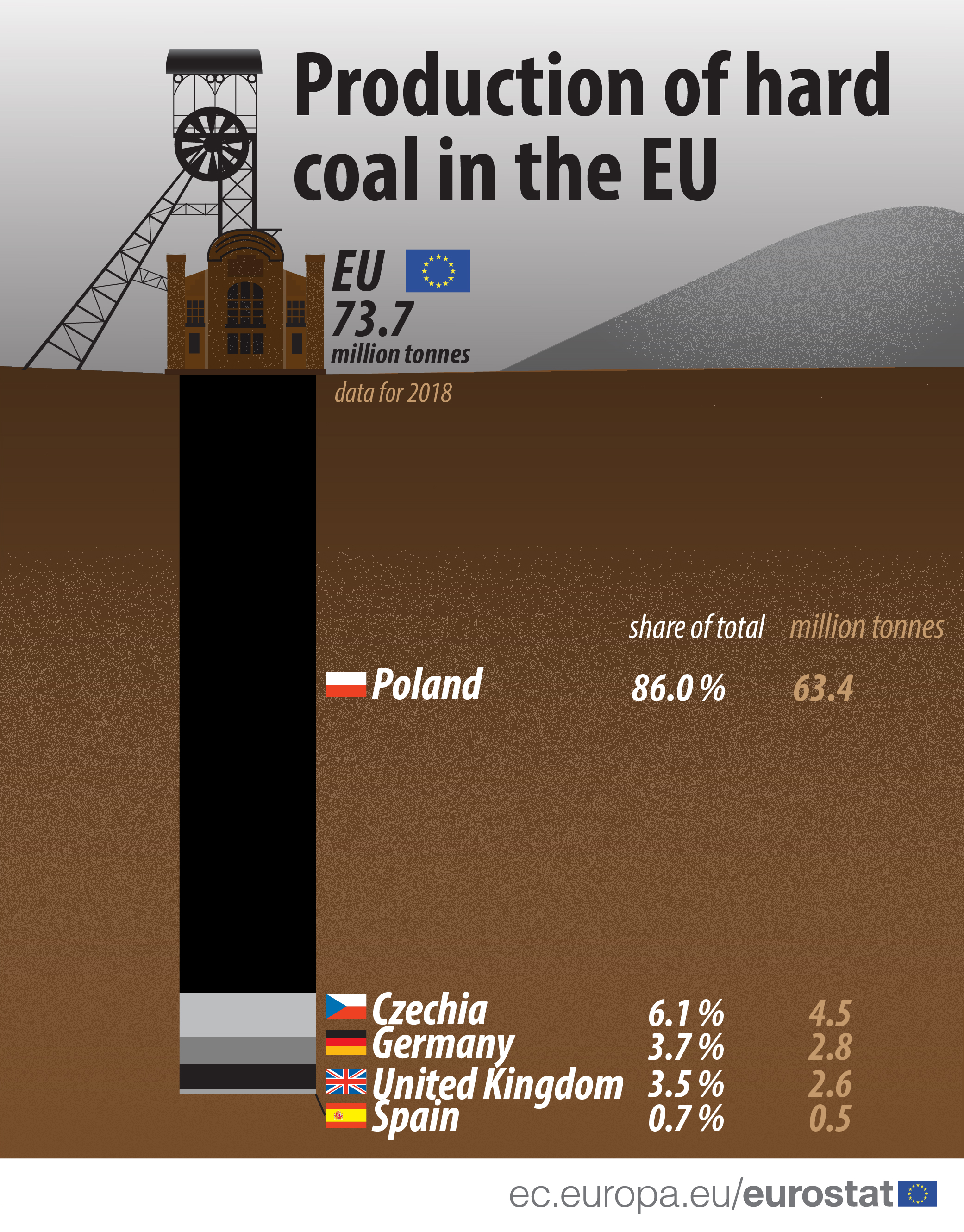