The striker is currently playing for Japanese club Vissel Kobe but his contract expires in January and – according to reports – Podolski does not intend to prolong it.

34-year-old Podolski, who was born in Gliwice, southern Poland, played 130 times for the German national team, scoring 49 goals. He and his family moved to Germany when he was aged two but the player still has Polish citizenship.

In the early 2000’s he declared his desire to play in Polish colours. He spoke with a representative of the Polish Football Association (PZPN), but – Podolski claims – nobody ever offered him a real place in the Polish national team when he could still choose who he was going to represent.

Finally, he played for Germany and even scored two goals against Poland at Euro 2008.

For many years Podolski claimed that he would like to end his career at Polish club Górnik Zabrze. However, many fans of Górnik started to believe that it was just an empty declaration, as the player moves into the twilight of his playing career.

Now, according to “PS”, it is possible. The daily reports that Podolski has plans for the future in Poland and they are not only associated with sports.

Podolski has never severed ties with his country of birth. His wife is Polish and they married in Poland and he speaks Polish relatively well.

Apart from being a prolific goalscorer on the football pitch, Podolski is the owner of successful kebab shops and ice cream parlours.

The opening of his first kebab shop in Cologne, western Germany, was attended by a few thousand fans. The large crowd led local authorities to forbid Podolski from attending the opening of his second culinary business.

It is likely that if he joined Górnik Zabrze, he would also open new businesses in Poland – kebab shops in Silesia and ice cream parlours at the seaside. 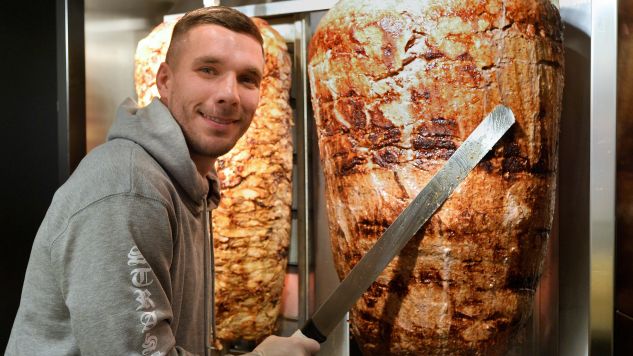