British voters will elect a new Parliament on December 12. The Conservative Party is pursuing an electoral strategy of wooing working-class voters with a mix of identity politics and promises of a boost to public spending. It is a similar strategy to that adopted over the last few years by Poland’s ruling Law and Justice (PiS).

Allies but not kindred spirits

The British conservatives have, for several years now been the allies of Poland’s PiS in the European Parliament. The two parties were instrumental in the formation of the European Conservative Reformers Group in the EP. The group had ambitions of displacing the ruling European People’s Party that were never realised.

At the time it seemed merely a marriage of convenience. The British Conservatives quit the EPP as it was too committed to a model of European integration that the British Tories were very sceptical of. PiS, on the other hand, did not enter the EPP as it already had within its ranks the centrist Civic Platform (PO) and the rural Polish People’s Party (PSL), both of whom PiS wanted to distance themselves from.

Moreover, PiS were always a party focused more on identity and social justice issues that assumed a higher level of public spending than the British conservatives. The policies of austerity, social liberalism and respect for the establishment were a long way away from the kind of politics PiS pursued in Poland. However, the two parties were in agreement on the involvement of the US in providing security for Europe and on the need for the EU to concentrate on enlargement rather than speedy integration.

Today the situation is rather different. The British Conservatives quest to deliver Brexit has driven them into social and ideological territory which is very familiar to PiS in Poland. The Tories are seeking the support of working-class voters who want Britain to leave the EU, tend towards social conservatism but who want to see the state involved in economic and social matters.

In the lead up to the British election, the Conservatives are accentuating strongly that they are willing for the state to intervene and spend money on infrastructure and public services. The PM Boris Johnson has in the last few days said that one of the key advantages of leaving the EU is that it will allow a future British government to give state aid to industry, free of constraints from EU legislation and bureaucracy. 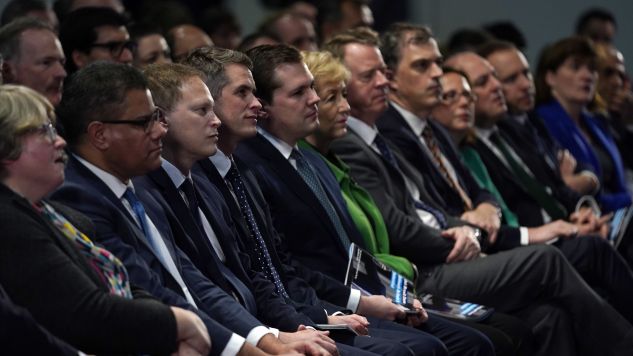 I hope Poland and EU will meet halfway even on difficult issues: PM

But it goes deeper than that. In an extraordinary turnaround for, in terms of history, Britain’s most pro-establishment party, the Conservatives are currently arguing for an overhaul of public institutions, such as the judiciary and public broadcasting. This is because the party has been stung by judicial rulings which it sees as frustrating the process of delivering Brexit and because it feels that the BBC is hostile to it.

The Conservatives were naturally suspicious of Europe-based innovations such as the introduction of the Supreme Court or fixed terms for Parliament. Now they seem to be convinced that the former needs a major overhaul and the latter should be scrapped and the British tradition of the PM being able to seek dissolution from the monarch at their pleasure should return.

Furthermore, the debate over the way the judiciary is adjudicating cases is beginning to become a bit of a mirror image of what has been the case in Poland. Judges are being castigated for siding with liberal ideology and for passing lenient sentences on criminals.

The BBC, a very revered institution in Britain, is now being questioned for having become dominated by a liberal agenda. There are those in the Tory party who now want to see the license fee which finances the BBC scrapped and for the corporation to be forced to compete on the open market for advertising and sales.

Some differences remain, even if the electoral base is now similar

However, this does not mean that there is no difference between PiS and the Tories. Britain’s Conservatives are still reticent to adopt re-distributive social transfer policies that have been the hallmark of PiS in Poland. The Tories are not promising to undo the cultural revolution in Britain that has seen the introduction of liberal legislation of abortion and now gay marriage and rights for same-sex couples to adopt children. On cultural matters, the British conservatives remain far more liberal than their Polish counterparts.

However, according to some opinion surveys ahead of the British general election, it seems that the electoral base of the Tories is becoming increasingly like that of the PiS. The traditional demographic of the Tory party was dominance among the middle and upper classes with a minority stake among the more affluent and aspirational working-class voters.

At this election, pollsters are reporting that the Tories may well get more working-class voters than the Labour Party, a party that was founded by the working class-based British trades union movement. Meanwhile, the Labour and Liberal parties are continuing to make major inroads into the middle class educated salariat.

This means that on election night the Tories are hoping to make gains in seats the party has never held before or not held for a century. It is even hopeful of winning seats dominated by ex-mining communities among whom the Tories were toxic until now because they were the party which closed down the British coal industry. On the other hand, they are fearful of losing the cosmopolitan migrant dominated London. 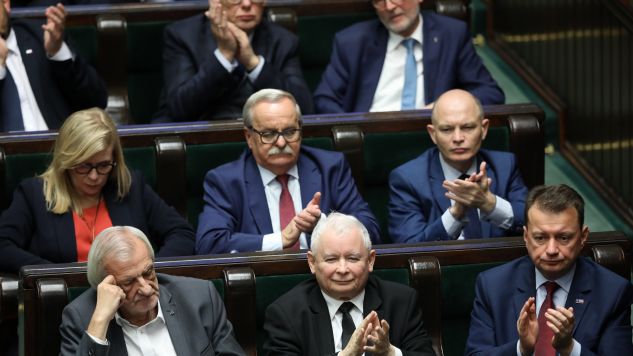 Jarosław Kaczyński (centre in bottom line), the leader of the ruling Law and Justice (PiS) party, along with Mariusz Błaszczak, the Defence Minister (R), Ryszard Terlecki (L), the head of PiS caucus, among other members of the party. Photo: PAP/Leszek Szymański

Leaders of the parties creating the United Right grouping signed the coalition agreement on Thursday, Krzysztof Sobolewski the head of Law and...

The spectre of Brexit

This shift has come about largely because of Brexit. The working-class dominated constituencies delivered strong pro-Brexit votes in the referendum in 2016. Labour’s equivocation of the issue puts off these voters who still want Brexit to be delivered.

But the trends of increasing alienation of the working class communities feeling left behind by the process of globalisation and the EU have been evident for some time. The parties of the left have become somewhat estranged from their own social base which remained more focused on patriotism and was far less socially liberal than the leaders and activists of socialist and liberal parties.

So on election night in Britain on 12 December, we may find that politics has come full circle. Labour may repeat its surprise victories in previous middle-class bastions such as Kensington in London but may lose seats in its working-class heartlands in former mining areas.

Poland got there first?

In Poland, this process actually took place a long time ago. Solidarity, which was the midwife of many a right of centre political party became dominant among the working class because of communist and Soviet unpopularity. The Democratic Left Alliance (SLD) won back some of that support back in the 1990s because of the drama of transition.

But the SLD was soon displaced among working-class voters by PiS who provided those social-oriented voters with a narrative of cultural conservatism and state action that was closer to where those voters were.

Today, PiS is dominant in rural areas, small towns and among manual workers, especially those who are Churchgoers. The left and liberals tend to get their votes from the educated salariat and the well-off.

This seems to have been a pattern in many countries. In Austria, the Freedom Party was most popular among manual workers. In France, a significant part of Marie Le Pen’s electorate is former working-class communist voters. In the US it was winning in the rust belt that in 2016 delivered the election to the first isolationist and protectionist President elected since the war.

The British Tories, in the days of David Cameron and George Osborn, used to see PiS as a rather old fashioned conservative party. One not really able to keep up with the times on cultural and environmental issues.

Not so any longer. The stances the Tories are taking are increasingly becoming more like those taken by Poland’s successful party (two parliamentary majorities in a row) every day. Jarosław Kaczyński, the founder and leader of PiS will find that flattering. It is very much like the student finally exceeding the master.