It was in protest to new rules for compulsory conscription of Polish men to the army by the Russian partitioners of Poland that the longest-lasting Polish insurrection broke out on January 22, 1863 – 157 years ago.

The historical context to the January Uprising developments involves Poles finding themselves under a 60-year-long subjugation to the 3 partitioners of Poland, namely Russia, Prussia and Austria by 1863.

However, after the Russian loss in the Crimean War in the 1850s, Polish hopes for regaining independence were rekindled. The number of patriotic demonstrations sored, underground organisations mushroomed and begun to prepare themselves to put up a fight.

Among the conspiracy organisations, there were two large groupings: the “reds,” who called for a national uprising and freedom fighting, and the “whites,” who supported independence but did not intend to enter the warpath soon, instead proposing to focus on preserving Polish identity within the population.

In January 1862, Alexander II, the Tzar of Russia, decided to create civil authorities in the Kingdom of Poland (informally called Congress Poland), the area controlled by the Russian Empire. He introduced some reforms, gave wide autonomy, but it did not mitigate the situation. 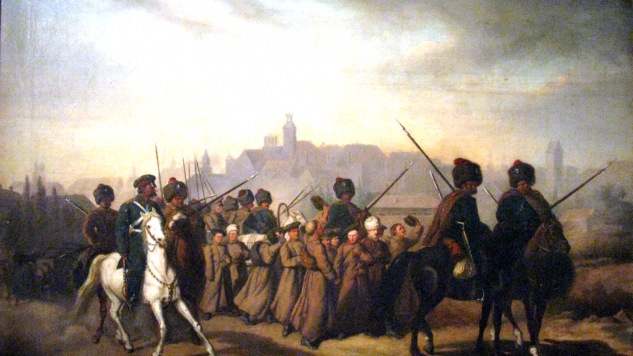 The conscription of Poles in 1863. Painting: "Branka 1863" by Aleksander Sochaczewski

The spark that caused the outbreak of the insurrection was the introduction of new rules for the conscription of Polish men to the Russian army. Margrave Aleksander Wielopolski, the head of the civil government of Congress Poland, chose to break from tradition and not a deploy random conscription process, instead a list of specific names were drawn up in an attempt to destroy the conspiracy organisations. The conscription took place on the night of January 14 and 15, 1863.

The Central National Committee, established in 1862, the head body of the “red” grouping, announced the following day that Wielopolski was “a great, despicable criminal and traitor.” On January 22, the Committee issued a Manifesto announcing the insurrection and founding of the Temporary National Government.

Although insurgents were outnumbered and lacked equipment, they attacked Russian outposts almost everywhere over the territory of the Kingdom of Poland. They also called on their “Lithuanian and Ruthenian” brothers in Lithuania and Ukraine, to enter the fray.

Historians estimate that more than 1,000 battles took place during the uprising. The uprisers resorted to guerilla tactics as the Russian troops were better supplied and the Poles, Lithuanians and Ruthenians did not stand a chance against them in an open battle. The asymmetry of warfare between the two belligerent sides was notable throughout the conflict.

Regardless of the disparities and against all odds, Polish insurgents managed to seize a number of amazing victories, including at the Battle of Węgrów. One of the most important conflicts of the uprising was the “Polish Battle of Thermopylae”. News of the battle reverberated around Europe and the attack was eternalised by French poet Henri Auguste Barbier in a poem.

The Polish insurgent government tried to attract peasants to fight alongside them, but after the Tzar’s decree of March 1864 to give them land, they felt disinclined to take part in the insurrection. This decision of the monarch took the wind out of the sails of the nobility in Poland.

The first commander of the insurrection was General Ludwik Mierosławski, but he lost his position after a month. His successors were Marian Langiewcz and Romuald Traugutt, who was one of the tragic symbols of the lost insurrection. He was denounced, arrested and executed in the Warsaw Citadel. He died without giving up the names of his companions during the investigation. 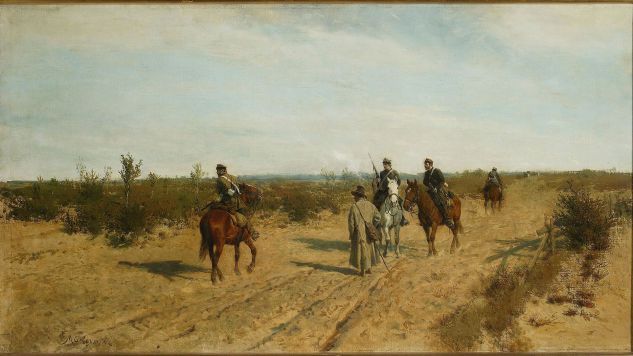 The fights lasted until the autumn of 1864. Poles faced severe repression after the failed insurrection. Nobles’ possessions were seized, monasteries were dissolved and thousands of people were sent to Siberia.

The autonomy of the Kingdom of Poland was removed. The process of the so-called “russification” of Poles increased – the Polish language was removed from schools and public offices. Russian authorities sentenced at least 669 people to death.

Historians say that the experiences of the January Uprising had a strong influence on the further independence activities and struggles of Poles over the next generations.

The last surviving veterans of the Uprising were honoured by the authorities of Independent Poland after 1918. 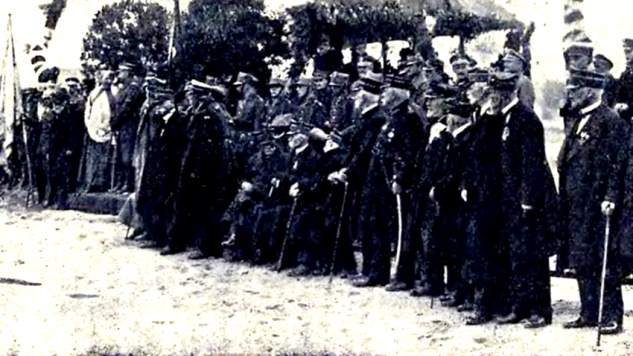