Polish police are searching for 10-year-old Ibrahim Oudriss who was allegedly abducted by his father, a Moroccan national named Azeddine Oudriss, on Sunday in the coastal Polish city of Gdynia.

The 10-year old is 150 cm tall, brown hair, eyes of the same colour. During the abduction, he wore an orange anorak, white Donald Duck t-shirt, jeans with elastic bottoms and black shoes fitted with reflective elements.

His biological father Azeddine Oudriss is suspected of snatching Ibrahim. The man is 185 cm tall and muscular. Judging from the photo published by the police, he is also balding. According to law enforcement, he may be driving a silver estate car.

According to the police, Azeddine Oudriss took Ibrahim from in front of a block of flats in Gdynia, pulled him into his silver car and drove away on Sunday evening. Poland’s Radio Information Agency (IAR) reported that Azeddine Oudriss attacked his former partner and then snatched Ibrahim.

“The information [on the abduction] has been passed on to all units in the country,” said the spokesman of the Polish police Inspector Mariusz Ciarka, adding that “foreign police, such as European police, also have access to this information. The Border Guard was immediately informed. All procedures were immediately initiated.” Mr Ciarka added that the Child Alert procedure, which has already been initiated, was resorted to on rare occasions, this being only the 4th time in Polish history.

The police request anyone with any information about the abducted and the abductor to call 995, 112, 997 or report to the nearest police department. 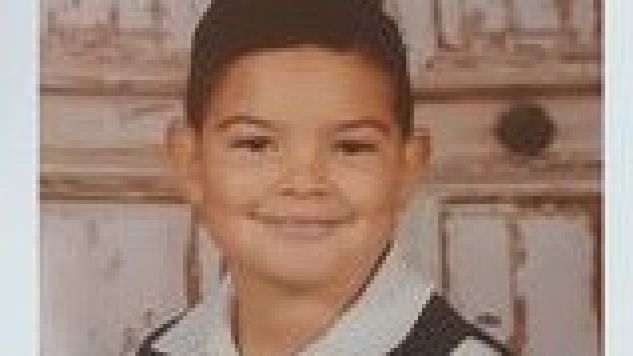