The head of Poland’s Institute of National Remembrance (IPN) Jarosław Szarek said that the USSR decision made 80 years ago to execute Polish officers in Katyn had stemmed from the 1939 Soviet-German treaty known as the Molotov-Ribbentrop Pact.

It was on March 5, 1940, that Joseph Stalin, the General Secretary of the Communist Party of the Soviet Union, signed a resolution that authorised the murder of Polish prisoners of war taken captive by the USSR following its aggression on Poland on September 17, 1939.

The decision made by Stalin and his comrades of the Political Bureau of the Central Committee of the Communist Party of the Soviet Union (Politburo) brought about the massacre of about 22,000 Polish officers and elite. They were shot by death squads of the Soviet security agency NKVD in a series of mass executions carried out, among other places, in the Katyn Forest, contemporary Russia.

On April 3, 1940, the Soviet Union started the mass murder of the Polish officers held in camps in Kozelsk, Ostashkov and Starobelsk, located in...

Mr Szarek told Polish Radio that it was because of the Soviet-German pact the Soviet Union invaded Poland which resulted in the imprisonment of thousands of Poles in Soviet forced-labour camps.

“The document which was sent to the Politburo by the head of the NKVD Lavrentiy Beria clearly reads that Polish prisoners were staunchly unwilling to sever their ties with [the idea of] independent Poland, that there was no hope for having them Sovietized, that they continued harbouring thoughts of taking up arms once they would have been released, and that it was why they needed to be shot to death,” related Mr Szarek.

The IPN head stressed that the March 5, 1940 decision was a state-made one and that the USSR authorities had not even pretended that it had stood in line with international law.

“It is a tragedy that we do not know all of the burial sites yet,” said Mr Szarek, adding that “part of the Katyn investigation conducted already in modern Russia remains classified. Of course, we are aware of Katyn, Mednoye, Piatykhatky, Bykivnia [burial sites], albeit thousands rest in death pits in unknown locations.”

Given the 80th anniversary of the Katyn Massacre, the IPN has announced a multitude of initiatives, including the publication of the third volume of the Madden Report, which is one of the most crucial sources on the Soviet-perpetrated mass killing. Ray John Madden, lived 1892 – 1987, was a United States Representative from Indiana. 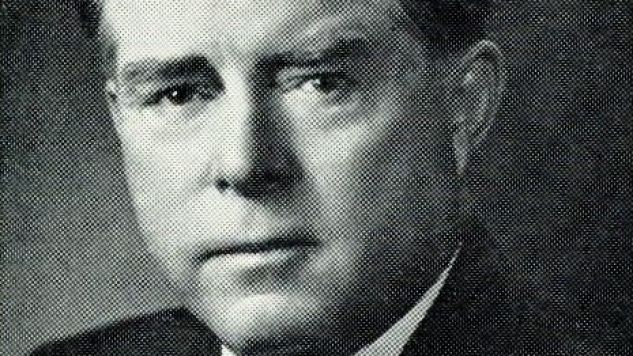 The US Representative from Indiana Ray John Madden authored one of the most crucial reports on the Soviet-perpetrated mass killing that came to be known as the Katyn Massacre. Photo: Wikimedia Commons

The IPN also plans on dedicating an exhibition to the victims of the Katyn Massacre, whose families for generations were pursuing freedom of Poland.

“Their forefathers fought in the Polish uprisings of the 19th century. Later they, or their fathers, fought for Poland’s independence in 1914-1921. 1940 was their end,” said Mr Szarek.

It was in 2000, on the 60th anniversary of the Katyn Massacre that Polish cemeteries were opened in Katyn (Russia), Kharkiv (Ukraine) and Mednoye (Russia). In 2012, Polish and Ukrainian presidents opened the fourth Katyn Massacre cemetery in Bykivnia, in the vicinity of Kyiv, Ukraine. Nearly 3,500 Poles who were murdered in 1940 are buried in Bykivnia.

The Russian Military Prosecutor’s Office concluded its 14-year-long investigation in 2014, declaring that the massacre was not genocide. No one was prosecuted.