On April 2, 2005, Polish-born Pope, John Paul II, passed away after a long struggle with illness. He was 84 years old.

John Paul II stamped his authority not only over the Catholic Church and the international stage, he was also the real spiritual leader of the...

Francis, the incumbent Pope, referred to the death of John Paul II in Wednesday’s General Audience which currently is a live video streaming from the Vatican Library.

“In these difficult days we are experiencing, I encourage you to entrust yourself to God's Mercy and the intercession of Saint John Paul II, on the eve of the 15th anniversary of his death,” the Pope addressed the faithful.

Warsaw’s metropolitan cardinal Kazimierz Nycz appealed to the Catholics in Poland to unite during the anniversary of John Paul II’s death in prayer through the intercession of the late pope, for the intention of all the people, who are infected with SARS-CoV-2 coronavirus, those who are in quarantine and those who lost their jobs.

“Prayer through the intercession of Saint John Paul II can be a great help for us, and simultaneously an opportunity to look through his encyclicals and speeches,” Cardinal Nycz said. 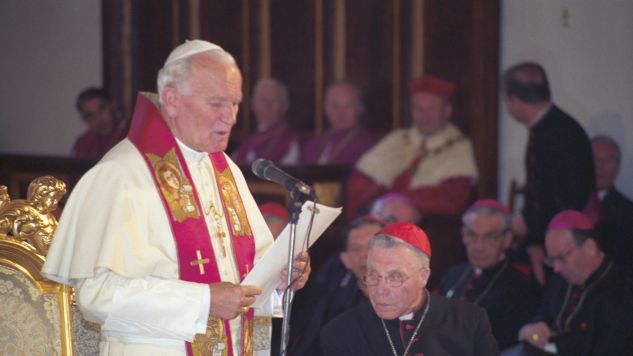 The life and times of the late Cardinal Stefan Wyszyński – who was recently announced to be beatified by the Holy See – were the subject of a...

John Paul II had been suffering from Parkinson’s disease since 1992. In the same year, a neoplastic tumour was removed from his large intestine.

The Pope’s condition deteriorated in February 2005. John Paul II spent many days in a hospital. On March 31, when he was on his way to his private chambers, he suddenly felt much worse.

“We all remember John Paul II’s last ‘Good Friday’. The image we saw on television is unforgettable: the Pope, who had lost all his physical strength, holding the Crucifix in his hands, gazing at it with pure love,” Cardinal Angelo Comastri, the Vicar General for Vatican City State, recalled last weeks of the late Pope in an interview with Vatican News.

Around 100,000 pilgrims were at St. Peter’s Square in Vatican City, when Archbishop Leonardo Sandri, the then Substitute for General Affairs in the Secretariat of State of the Holy See, said: “Dearest brothers and sisters, at 21:37 our beloved Holy Father John Paul II returned to the home of Our Father.” A six-day period of national mourning was designated in Poland.

The funeral of John Paul II took place on April 8, 2005. This was one of the largest Christian gatherings in history. It is estimated that 2-5 million people arrived in Rome to pay their respects to the late Pope, including the highest authorities of many countries. It was presided over by Cardinal Joseph Ratzinger who 11 days later was elected John Paul II’s successor, Benedict XVI. 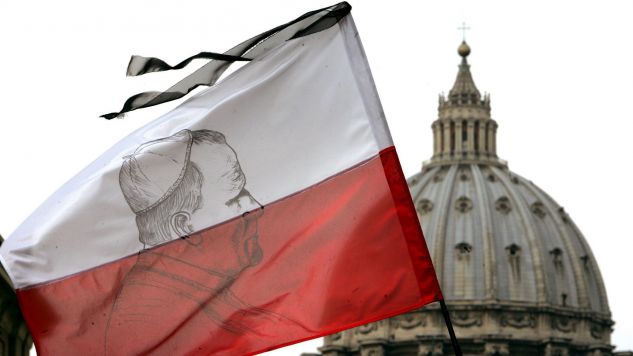 Polish Cardinal Karol Wojtyła was elected as the Pope on October 16, 1978, as the 264th head of the Roman-Catholic church in history. He was the first non-Italian Pope for 455 years and the first one originating from a Slavic country.

John Paul II was called the pope-pilgrim. As many as 104 times he traveled to different countries on all of the inhabited continents of the Earth.

On May 1, 2011, John Paul II was beatified by Pope Benedict XVI. Three years later, he was canonised, along with one of his predecessors, John XXIII. 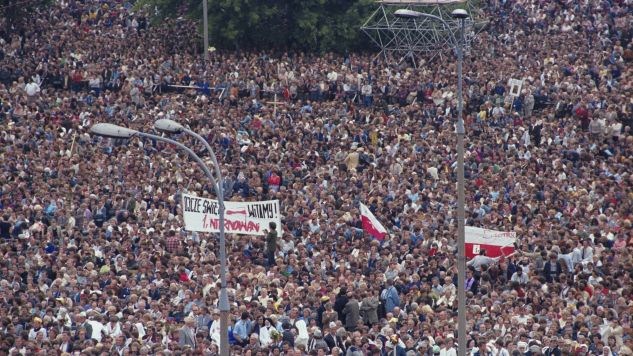