On Saturday morning President Andrzej Duda paid tribute to the citizens of Warsaw’s Wola district who were murdered during a Nazi-German-perpetrated purge of the neighbourhood on August 5, 1944, as a retaliatory action for the outbreak of the Warsaw Rising.

President Duda laid flowers at the foot of the memorial dedicated to the victims of Nazi-German troops who murdered the staff and patients of Wola hospital. “This is an immense testimony of the suffering of Wola’s citizens and the hospital patients, but, first and foremost, this is a great testimony of heroism, service and dedication of the physicians and the entire personnel of Wola hospital who stood by their patients till the very end,” said the head of state.

Having recalled that the Wola massacre is deemed by historians as the largest one-off crime of genocide committed during the whole span of WWII, President Duda thanked everyone for their memory of the Poles murdered in Wola.

“I thank you for this symbolic commemoration of their heroism and service… I thank you for keeping memory present here in Wola all the time, [I thank you] for these numerous memorials that are being restored and looked after. For all this, I thank you from the bottom of my heart. Glory and honour to the heroes, eternal memory to the fallen.”

Following the commemoration ceremony at Wola hospital, President Duda told journalists that the Warsaw Rising is one of the most important WWII events to Poles. The President felt that on the one hand, it had been a great tragedy, while on the other a beautiful display of heroism of Warsaw’s citizens, of the Warsaw youth, an exceptional feat of heroism that stood out against the standards of WWII.

“The city stood up against the German invader. Poorly-armed young people decided to put up a fight because they wanted freedom, as simple as that, they wanted to breathe and for normalcy to return,” Mr Duda said, adding that the losses that the Rising entailed for Warsaw had been unimaginable. 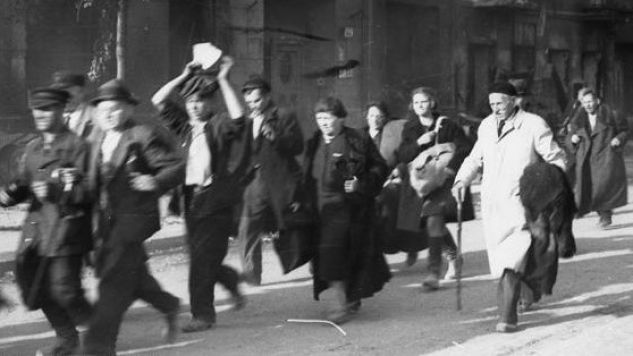 He also recalled that approximately 65,000 citizens of Wola district had been murdered, also in Wola hospital, in just a couple of days. “These were events that we must absolutely not forget… But it is first and foremost the heroism of the insurrectionists who fought for 63 days [that we must remember],” the President said, expressing his hope that the youth of today would continue to remember those people’s sacrifice.

The Wola Massacre is considered to have been one of the largest crimes against the Polish population during WWII. Within three days, from August 5 to 7, the German troops killed an estimated 40,000 to 60,000 people in Wola and the adjacent Ochota districts. Many of the murderers got away with their atrocities, among them, Heinz Reinefarth, the commander of the SS assault group directly responsible for the massacre.

In a telephone conversation with General Nikolaus von Vormann on August 5, 1944, he asked “What should we do? We have less ammunition than we have prisoners.”

Initially, his troops killed civilians in flats, basements and on the streets. German soldiers also set fire to multiple buildings and shot those who tried to escape the flames. Later they changed their tactics, civilians were gathered at several locations and murdered there.

After the war, Heinz Reinefart was elected mayor of the Westerland municipality in Germany in 1951 and denied his Nazi affiliations.

The Wola Massacre and the purge of the Wola hospital were chapters of the Warsaw Rising remembered as the largest armed action of underground resistance in German-occupied Europe. On August 1, 1944, 40,000 to 50,000 insurgents took up arms against the Nazi-German occupier. Although planned only to last for a couple of days, the insurgency lasted for over two months. Around 18,000 insurgents died and 25,000 were wounded in the struggle. The astounding losses in the citizen population amounted to about 180,000 people. The remaining 500,000 Warsaw citizens were driven out of the city which was nearly entirely burned and razed to the ground.