Piotr Cywiński, the head of the Auschwitz-Birkenau State Museum called on the President of Nigeria Muhammadu Buhari to pardon Omar Farouq, a 13-year-old boy, who was sentenced to 10 years in prison by an Islamic Sharia court in Nigeria’s northwest state of Kano for “making blasphemous statements during an argument”.

Mr Cywiński personally addressed President Buhari in a letter published on the Twitter account of the Auschwitz-Birkenau Museum.

The director of @AuschwitzMuseum wrote the President of Nigeria and asked him to pardon 13-year old Omar Farouq sentenced for 10 years imprisonment.

He declares he is ready to share part of the sentence.

'I cannot remain indifferent to this disgraceful sentence for humanity.' pic.twitter.com/EzVBjCzgcY

“As a director of the Auschwitz Memorial, that commemorates the victims and preserves the remains of the German Nazi concentration and extermination camp, where children were imprisoned and murdered, I cannot remain indifferent to this disgraceful sentence for humanity,” Mr Cywiński wrote.

The museum’s director has requested the boy be pardoned, adding that “regardless what he said, he cannot be treated as fully aware and responsible, given his age.”

If pardoning Omar is not possible Mr Cywiński volunteered himself, along with more than 120 other people to spend a month each behind bars instead of the boy. “In total, the price for child’s transgression will be the same, and we will avoid the worst,” the letter reads.

Mr Cywiński also offered to support financially the further education of the boy. “This way, instead of a destroyed young man, Nigeria will gain an aware and educated young citizen,” he wrote.

Omar Farouq was accused of making “blasphemous statements” during an argument and sentenced to ten years in prison by a Sharia court in Kano in August.

The boy’s lawyer appealed against the sentence, but no date for the potential appeal trial has yet been set.

The global community and organisations protecting human rights condemned the ruling of the Sharia court and called on the Nigerian authorities to pardon the boy. The UN children’s agency UNICEF said the sentence was “wrong” and went against international accords that Nigeria had signed.

Two spokesmen for Nigeria’s president declined to comment on the letter of the Museum’s director on Saturday.

According to the Reuters agency, Salihu Tanko Yakasai, a special adviser to the governor of Kano said he had seen the letter of Mr Cywiński on social media.

“The position of the Kano state government remains the decision of the Sharia court,” he told Reuters.

Nigeria is the country with the highest population in Africa with more than 203 mln inhabitants. According to data from the World Factbook by the US Central Intelligence Agency from 2019, 51.6 percent of Nigerians are Muslims, and 46.9 percent are Christians, including 11.2 percent of Roman-Catholics.

Since the end of the military junta rule in 1999, Islamic extremism in this country has been getting stronger especially in the North, where the majority of Muslims live. Currently, a total of 12 out of 36 states of the federal republic have adopted the orthodox Islamic law called Sharia.

Moreover, some of these regions are under the control of a radical Islamic terrorist organisation Boko Haram, demanding the introduction of Sharia in all regions of Nigeria and banning education based on Western rules. Since 2013, the Islamist rebellion claimed the lives of thousands of people and forced more than two million to leave their homes. Boko Haram conducted many massive genocides, abductions and other atrocities.

Blasphemy against Islam is punishable by death, according to Sharia law. Executions in Nigeria are not carried out often, however, some people convicted by the Islamic courts are punished in different ways, such as cutting off their limbs.

The Sharia system handles both civil and criminal matters involving Muslims. However, its rulings can be challenged in secular Courts of Appeal and the Supreme Court of Nigeria, even though there are Sharia appeal courts. 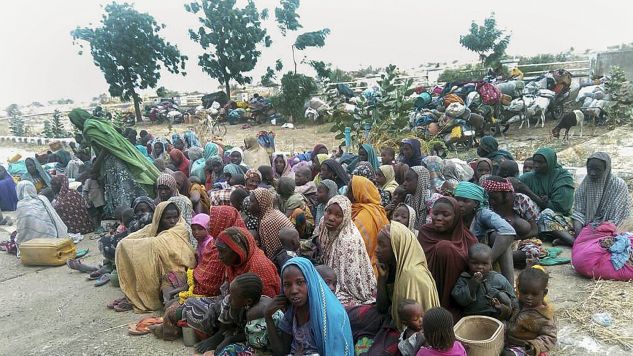