Miklós Szánthó, the Director of Alapjogokért Központ, the Hungarian Center for Fundamental Rights think-tank told PolandIN.com that the global crisis caused by the COVID-19 pandemic has shown that sovereign states proved their viability in comparison to the “the post-nationalist, post-state” world.

We are a real force on the economic world map: PM on V4

As the organisation’s website reads, the Budapest-based Center for Fundamental Rights (Alapjogokért Központ) is a Hungarian research institute dealing with legal analysis since 2013. “The Center considers preserving national identity, sovereignty and Christian social traditions as its mission, especially amongst the 21st century’s heightened process of globalization, integration, geopolitical and technological changes, affecting the field of law as well,” according to the website.

Adam Kielar, PolandIN.com: Could you tell us a bit about the organisation’s main fields of activities?

Miklós Szánthó, the Director of Alapjogokért Központ: The Center for Fundamental Rights is the sole conservative think tank in Hungary that focuses on public law. When the institute was created in 2013, it was hardly more than a start-up operating from our garage. Today, it has become one of the most often cited research institutes in Hungary that takes part in a number of domestic academic projects. We deal with a wide range of matters of public and constitutional law (and naturally, politics) and as we do, we are proud to represent and advance the conservative narrative. Of course, most matters concerning constitutional law are not academic matters primarily: sovereignty, national identity, constitutional issues and the family are matters of principle and worldview.

Western Civilisation today is a battleground of an ideological fight over how to organise our societies, and if we consider the changes that took place in our way of life over the last 50 years, the conclusion that the forces of open society have won a number of battles is inescapable. See multiculturalism, sexuality or the protection of life. Today, in the name of political correctness they have freedom of speech in their sights. But this fight is not over yet, and we have no intention of laying down our arms. A smart warrior can learn from the enemy: the progressives have created international organisations to promote their values, and this is why, last spring, we entered into an agreement with the Polish legal institute Ordo Iuris. Our discussions this February were aimed at elevating the cooperation to the European, or at least regional level. Naturally, Christian Conservative forces do not aim for supranational, but international cooperation. We are opposed to the plan to dismantle nation states, what we want is to facilitate the cooperation of forces protecting the nations. When together: we are strong, when separated: we are weak.

In reference to that, how would you assess the current political and social situation in Poland?

As I have mentioned, this is a clash of worldviews, of ideological preferences. If we approach the issue through metaphysics, I could say that this is a philosophical debate with real world consequences: what is it that we think of Man and Life? Was it God who created the world, or did it come about by accident? Is there a natural, hierarchical principle of organisation underlying our societies, or are they freely shaped by social engineering according to the latest trends? Do we have immutable, created sexes or mercurial, socially constructed genders? Are we genuinely diverse, and is that why we organise ourselves into different nations and states locally, or is it true that Man can have no higher ambition but to unite under the banner of global, one world government? Is life granted by God, or can people decide whether a human being, a foetus can be born? We know the answers that modern, mainstream liberalism provides to these questions. We realise that the ‘eurocrats’ and the leading politicians of many Western nations have adopted a point of view that is an amalgamation of Neoliberalism and Marxism.

Those who speak in the name of diversity and tolerance cannot accept that there are people who do not share their views. They cannot bring themselves to accept that Christian Conservatives can supply legitimate answers to the questions raised above. Those governments who choose to organise society and adopt decisions based on the principles of Christianity and Conservatism are then bullied and blackmailed by a quasi-neutral and quasi-professional “rule-of-law mechanism”, as we see in the cases of Poland and Hungary. They want to enforce their point of view, their decisions when it comes to migration, homosexual marriage and gender ideology. In the case of Poland, it seems to me few fear for the young mother who is carrying a child struggling with genetic issues in her belly, most seem to be revelling in a cult of death, they think that it is trendy and chic to take away the lives of the most defenceless. 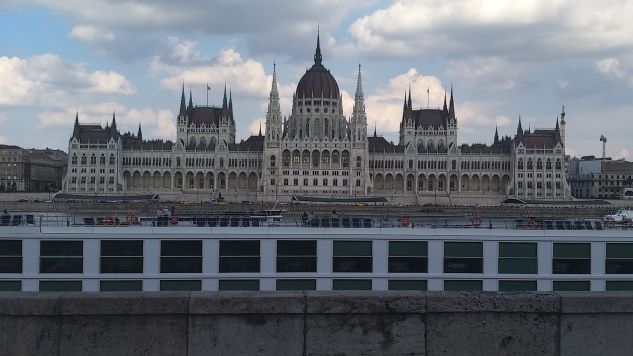 How did recent events in the world, especially the COVID-19 pandemic, affect sovereignty of the states? Do they need more protection and if so, how can it be achieved?

It seems to me the pandemic revealed the strength of localism and the weakness of globalism. Contrary to the mantra of the globalists they have been reciting for the last decades, this calamity has proven that nation states can provide the most timely and effective answers to the challenges posed by a global pandemic, not the federal entities, who react with the slowness of ‘behemoths.’ I would like to add that even Berlin and Paris refused to wait for Brussels. No, using the tools and abilities, provided by their sovereignty, they took action against COVID-19. Additionally, all the countries had to adopt serious restrictions warranted by the difficult epidemiological situation. This put an end to the liberal myth that individual human rights were above all and they could not be limited even in the public interest. The arguments offered by the human rights fundamentalist sound exalted, but the moment a difficult situation arose, people were clearly ready to accept restrictions, knowing and understanding that they serve the public good. Although some are trying to pretend that the development of the vaccines was an ‘international success,’ the truth is that each and every vaccine was developed by individual nations or through the cooperation of states. Therefore, the post-nationalist, post-state future predicted by so many three decades ago does not seem to have come about. In practice, sovereignty proved more viable than globalism.

In reference to the protection of the Christian values, how can you assess the struggle for it in our region? Poland has been going through various loud and emotional discussions about matters such as LGBT rights, the protests concerning abortion take place after the verdict of the Constitutional court, on the other hand more and more cases of abuses and negligence in the Church are uncovered. More and more people leave the Church. How does all this affect the protection of Christian values?

We sometimes say that religious faith is the most personal of public matters. The protection of Christian values and representing these values is even more important for the public good, as they are the spirit and the cultural roots that underpin Europe. Our former Prime Minister, József Antall, one of the founders of the modern iteration of the Visegrad Group once said that “in Europe, even the atheists are Christians.” The new elites, in the name of boundless freedom, a misinterpretation of human rights, self-fulfilment, self-expression and, of course, ideological neutrality, want to deconstruct Christianity as a worldview upon which the organisation of our societies stands. All these words have a nice ring to it, but in reality, they are far from neutral and represent the toolkit of post-Marxist liberalism. By ‘freedom’ they do not mean that everybody’s individual rights must be guaranteed, instead they want to atomise society. They keep creating ever more, for instance sexual, identity groups, and they demand that the so-called ‘collective rights’ of these groups should not only be respected by the majority, but must be made into norms of society. They speak of protecting human life even as they would legalise deadly drugs unconditionally, and they celebrate the murder of babies before they are born. The liberal camp has a major advantage in that mainstream popular culture has adopted their philosophy of life and is transmitting it in mass media – but this is largely a matter of organisation. This is why conservatives must organise, stand up for our values – even if that runs counter to the quasi-neutral precepts of the ‘rule-of-law’. As the Hungarian Right organises itself, it has begun to break the post-communist structures in the media and this is why so many in ‘the enlightened’ West are angry with us. 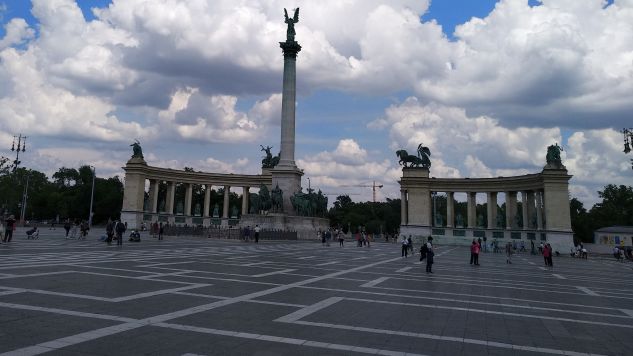 For many years Poland has been going through a very harsh, political dispute, the polarisation of society is increasing, more and more, often emotional, conflicts arise. How does it compare in Hungary? Is the dispute as hot as in Poland or is there still a chance for constructive dialogue?

Yes, in Hungary political disputes are even more heated, if that is possible, than in Poland, but at the same time there is social and economic stability. The leftist opposition tries to whip up passions and screams ‘mass revolution,’ but so far, they could not organise around themselves a relevant movement that could ‘overthrow the regime’. There were many protests, of course, but all of them petered out quite quickly, either because the “causes'' championed by the opposition turned out to be completely hollow, or the people realised that what they are dealing with isn’t a ‘new, 21st century opposition’, but the same people and ideas they have known for decades. The Hungarian left-liberal opposition regularly accuses the government of being ‘anti-democratic’ and ‘autocratic’, but this could not be further from the truth. Their real problem is that they are not in power and they cannot use the tools of government to generate the social changes their comrades in the West want to see. They have also found that the economic and cultural capital, which they obtained by converting the political capital they accumulated during communist rule, is slowly dissipating. This is why they have decided to enter into a formal electoral alliance with Jobbik, a party they themselves used to call Nazi. They simply have no other chance to win power. This is why the Hungarian elections in 2022 will be crucial for the entire region and the Christian-National camp throughout Europe. If we can win this battle in Hungary that will positively affect Poland too.

Thank you so much for the interview